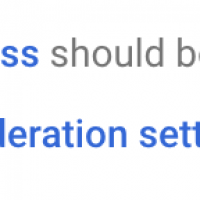 In a previous iteration of my app, i injected code into the framework to handle some latency issues, specifically grabbing the time when sample first get spit out of the renderCallback in AEAudioFilePlayer.

I'd like to keep the framework untouched, so I have tried using subclass of AEAudioFilePlayer but i can't figure out how to call the super's C function "renderCallback" from a C function in my class.

I can call the method by calling [super renderCallback] from (AEAudioRenderCallback)renderCallback but of course there is no context like "super" in the C style function.

Is this a poor approach? I'm all ears for other ideas.

It looks like you're new here. If you want to get involved, click one of these buttons!

Also by the TAAE Team